Bloomberg reported on August 13, that Facebook confirmed it had used middleman firms for transcribing audio messages from its Messenger app.

Even though the practice, which the company says it had put a hold on only  just last week, it was said to have involved users who had given their permission for audio collection in the app’s settings. Interestingly, Facebook did not disclose that the data would be sent to third parties.

“Much like Apple and Google, we paused human review of audio more than a week ago,” an official told Bloomberg, which reported contractors involved felt their work constituted a moral dilemma.

As Bitcoinist reported, the project, while yet to launch, has the backing of some of the tech world’s biggest – and on occasion most notorious – names.

Large corporations such as PayPal have agreed to stump up $10 million to run a node for Libra, with critics already warning that a future Libra user could have their financial freedom entirely controlled by those nodes.

“…If 10 of the 28 initial validators (eg. Paypal, Visa, Mastercard, eBay, Facebook, plus 5 others) agree in a closed-door meeting that they want to reject your Libra transactions, they have the power to do so because they prevent a two-third majority from validating them,” angel investor Marc Bevand summarized in a review of Libra in June.

With freedom, however, comes concerns about data protection. A power-sharing agreement involving all the world’s tech and finance heavyweights could spell disaster in the event of data mismanagement – or simply provoke anger if similar methods to Facebook’s own data collection habits become commonplace.

Nonetheless, commentators from both within and beyond the crypto industry have identified positive improvements Libra poses over central bank fiat money.

“To be fair, Libra is still probably somewhat of an improvement over the current financial system,” Bevand continued.

“Today Paypal can unilateraly (sic) freeze your Paypal account. While in Libra you need at least 1/3rd of Libra members to collude and block your payments.”

In a world where Libra is ubiuquitous, he said in an interview, “all a bank is relegated to is a dumb node that holds fiat currency in electronic form at a central bank.” 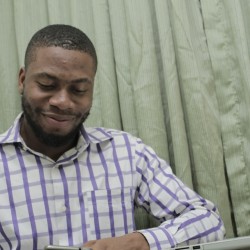