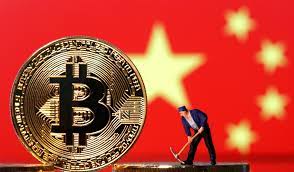 The Central Bank of China has rounded up its crackdown on cryptocurrecy in the latest report released yesterday by the People’s Bank of China.

According to the 2021 Financial Stability Report, the PBoC admitted it has been cracking down on selected industries that had caused concern, but it has now resolved most of the issues it was targeting.

“The battle to prevent and resolve major financial risks has achieved important phased results,” reads the report which was published in Chinese.

The report went further to list the specific areas the bank had been focused upon including “Online asset management, equity crowdfunding, Internet insurance, virtual currency trading, internet foreign exchange trading, and fields have basically completed the rectification work and have been transferred to normalized supervision.”

It could be recalled that the crackdown on miners, who are a major part of the crypto ecosystem caused a huge fall in the prices of digital assets weeks ago as Bitcoin dropped by almost 20% in one day.