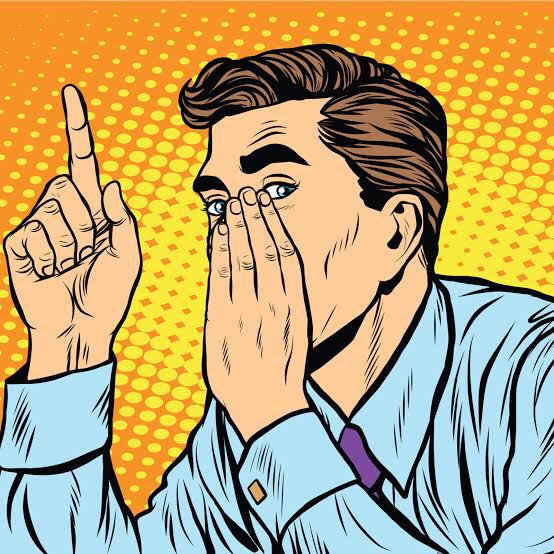 5 Trending Rumours about Bitcoin and Cryptocurrency
There has been a ton of information flying around within the past few weeks about cryptocurrency and Bitcoin in particular. Now some of them may be true but a large number of them are quite false. Most of these rumours have been peddled via mainly YouTube channels. This article will try to debunk most of these trending rumours about Bitcoin and the cryptocurrency market in general.

Are Miners Panic Dumping Bitcoin?
A huge deal was made about this recently that miners were going to crash the price of Bitcoin. It was rumoured that miners were going to sell all of their BTC reserves just to stay afloat because some people believed that the Bitcoin halving was a bearish event. This is not true because the fact is that if it is no longer profitable to mine Bitcoin, miners will have no choice than to switch off their mining equipment. To even conceive the idea that miners would dump their money just to be able to continue running their business all because of an event that has been known and expected to occur several years ago sounds as smart as saying that one would willfully burn up their currency notes just to keep warm from the cold. Also, after carefully looking at the charts between 2019 till date, it was discovered that miners have actually been selling less and less of their BTC. This alone is a bullish sign.

Are the Bitcoin Charts Actually Bearish ?
Nope. A lot of analysts believe that we are sitting in a bearish zone after recent dumps in Bitcoin’s price. So, after going through the CME charts, what we found out was that an upsurge to $9300 or $9400 is quite likely to occur in the short-term. Further supporting this was the fact that liquidation of 25x to 50x shorts is at $9300 and the fundamental news that Goldman Sachs will hold a conference involving BTC in the coming days which may draw in high-net individuals in the Bitcoin narrative and possibly shoot up the price upwards.

Does the Crashing Hash Rate Actually Mean Anything?
Fundamental analysts believe that the price of BTC is going to go lower because mining hash rates have dipped. It’s very easy for anyone to draw sensational news out of it but in truth, it really does not correlate with the price of Bitcoin. On the contrary, Bitcoin’s price affects the hash rate rather than vice versa. Hash rate can drop lower but the price of Bitcoin won’t be affected. The only thing a downtrend in hash rate indicates is that miners are switching off their equipment probably due to the lack of profitability in mining of which it won’t even be for a long time as Bitcoin’s blockchain has been designed to self-adjust its difficulty periodically so that when miners stop mining, it becomes easier for others still on the network to mine, meaning new miners can come back into the network since it has gotten easier and more profitable.

Is the Stock Market About To Spell Disaster?
There’s a debate currently going on about the correlation between Bitcoin and the stock market that a major short potential is coming up. According to a market veteran, a shorting opportunity that hasn’t been seen since 2016 is shaping up on the markets. According to the analyst, it has primarily to do with a 200-day moving average which is a historical point of significance on the charts. He opined that certain stocks like Nasdaq are close to hitting their all-time high and it could all come crashing down pretty soon because we are in a dire situation where many people have lost their jobs and several businesses have been shut down due to the COVID-19 lockdown. However, it is no guarantee that we will end up in a recession as many businesses will soon be reopened with the plans to relax the lockdown in many countries.

Is Tether Really Unbacked?
Well, they haven’t given us a real audit for so many years now which gives credence to the idea that they are unbacked. That was until a couple of years ago when Crypto Capital, the company providing banking services for Bitfinex had $850m seized in part by the US government. So, to make up for this shortfall in cash reserves, Bitfinex, whose CEO doubles as the CEO of Tether, used Tether’s bank account to give them this money with the plan to pay it back. The New York attorney-general caught wind of this and claimed that Bitfinex and Tether had lied to its investors which led to a lawyer representing Tether, admitting that Tether is only 74% backed by cash and cash equivalents (short term securities). A couple of months later, Tether claims to be fully backed once again. Unfortunately, Tether and Bitfinex have now been caught lying multiple times so it is difficult for people to believe them now. However, we have to remember that before these assets were seized, Tether was actually mostly backed by cash. They only ended up 74% backed by it because they had funds seized by the government. The fact is Tether stands to make billions by complying with the law. They could gain more if they break the law but would risk losing everything they’ve got. So, they need to do a proper audit to assure people that all is well. The narrative that Tether is completely unbacked is not provable. It is just a theory. If it was really completely unbacked, then why haven’t they been able to pump Bitcoin’s price to a million dollars?
People will always create stories around cryptocurrency to suit their agendas. We just have to be careful in choosing what to believe. Remember, crypto investments do come with their risks. So try to invest wisely.